“What are you going to do?” asked many of our friends.

It was a tricky question to answer as we retired from our jobs in September 2016, Clare from teaching and Andy from a large global retailer.

What were we going to do? Our kids had grown up and left home, so after 35 years of work we suddenly had the freedom and opportunity to do almost anything we liked.

One day we came up with the idea to do something crazy like ride a bike from Bath in England (where we live) across Europe to Istanbul.

Crazy because we were not real cyclists.

At that time we’d only been on short rides, always without panniers and always with a long coffee stop. Bath to Istanbul is more than 3000 kilometres!

But the idea kept nagging away at the back of our minds. And it worked with our friends too. They became so interested in the challenge and fun of such an adventure that they forgot all about the tricky question.

That meant we actually had to get on our bikes and do it!

Well, not quite. Cycling to Istanbul in the Autumn is much too cold and much too far, so instead we bicycled from Bath to Barcelona which was shorter and warmer. The Pyrenees were in the way but we planned to go round them by taking the Mediterranean coastal route … not quite the way it turned out!

We managed to avoid most of the potholes along the way and after 2200 kilometres and 7 weeks in close confinement we were surprisingly still together.

Since then we’ve cycled through the Andes, around Tasmania and across Vietnam, Cambodia and Laos. We’re currently on an adventure in Portugal and Spain.

One day we might try to cycle from Bath to Istanbul after all. 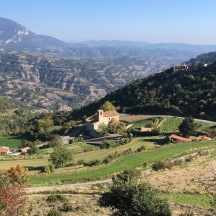 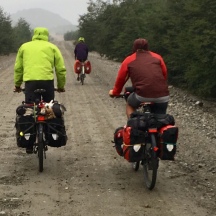 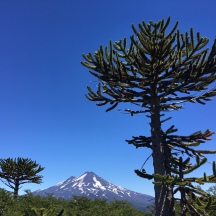 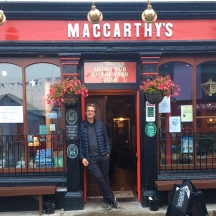